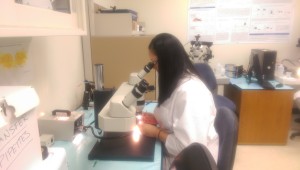 Me in the process of trying to de-sheath ganglia. 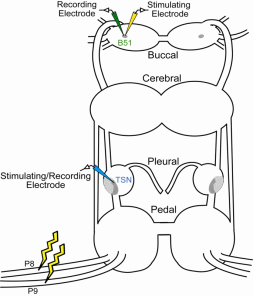 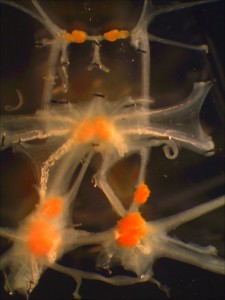 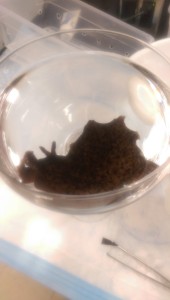 Learning and Memory in Aplysia

Learning and Memory in Aplys 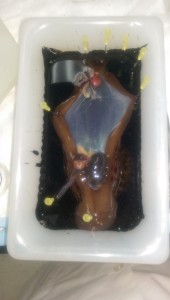 Dissected snail ready to go under the microscope to remove ganglia. 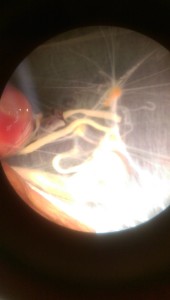 Removing the ganglia from the body of the snail.

Ganglia completely removed from the body of the snail. 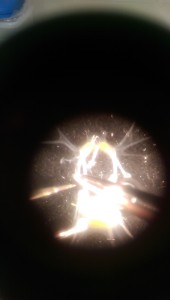 Pinning down the ganglia. 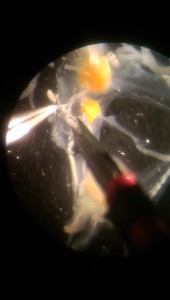 The de-sheathing process: carefully removing the layer covering the ganglia. 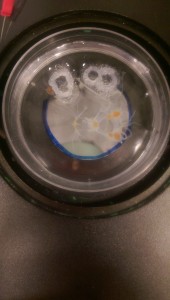 The end result of the dissection process. Fully pinned, de-sheathed, and created Vaseline wells. Now ready to probe with electrodes. 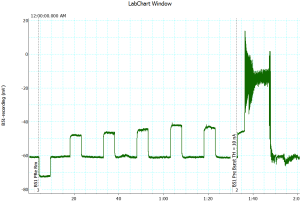 Pre-test of the burst threshold of B51. It took 10nA for the cell to fire. When the cell fires, that tells us how much current it takes for the snail to bite. 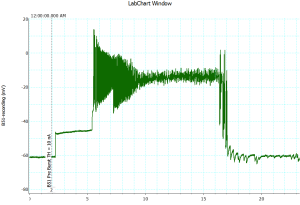 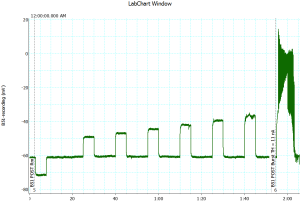 Post-test of B51 after training the animal. The cell fired at 11nA, which means the animal learned from the training and it took more current than the pre-test for the animal to bite. 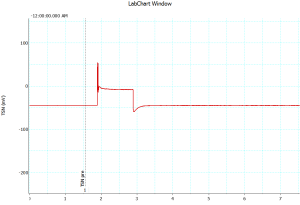 Pre-test of the TSN (tail sensory neuron) resulted in 2 spikes. The TSN determines how long the animal is contracting in defensive mode. 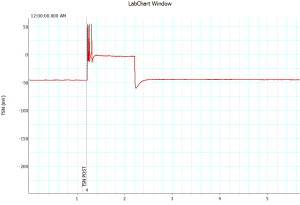 Post-test of the TSN resulted in 4 spikes after training the animal. Results show that the animal learned from the training because of the increase in spikes.

Aplysia is a genus of gastropod molluscs, also known as sea hares because of their rhinophores, or tentacles, that stick up like ears. The purpose of experimenting on aplysia is  for the fact that they contain roughly about 20 million neurons and are less complex than other animals and humans. In addition, aplysia’s neurons are rather large compared the neurons of other animals, which is another reason for easier experimentation. The main neurons the lab focuses on are B51 and the TSN. B51 is the neuron that tells the snail to eat or not eat. TSN, or the tail sensory neuron, is the neuron that controls the siphon. The siphon is part of the animal’s defense mechanism and releases ink when it feels threatened.

How do we make memories?

What is the purpose of using aplysia?

(b)  Knowledge and skills.

(13)  Organisms and environments. The student knows that a living organism must be able to maintain balance in stable internal conditions in response to external and internal stimuli. The student is expected to:

(A)  investigate how organisms respond to external stimuli found in the environment such as phototropism and fight or flight; and

(B)  describe and relate responses in organisms that may result from internal stimuli such as wilting in plants and fever or vomiting in animals that allow them to maintain balance.